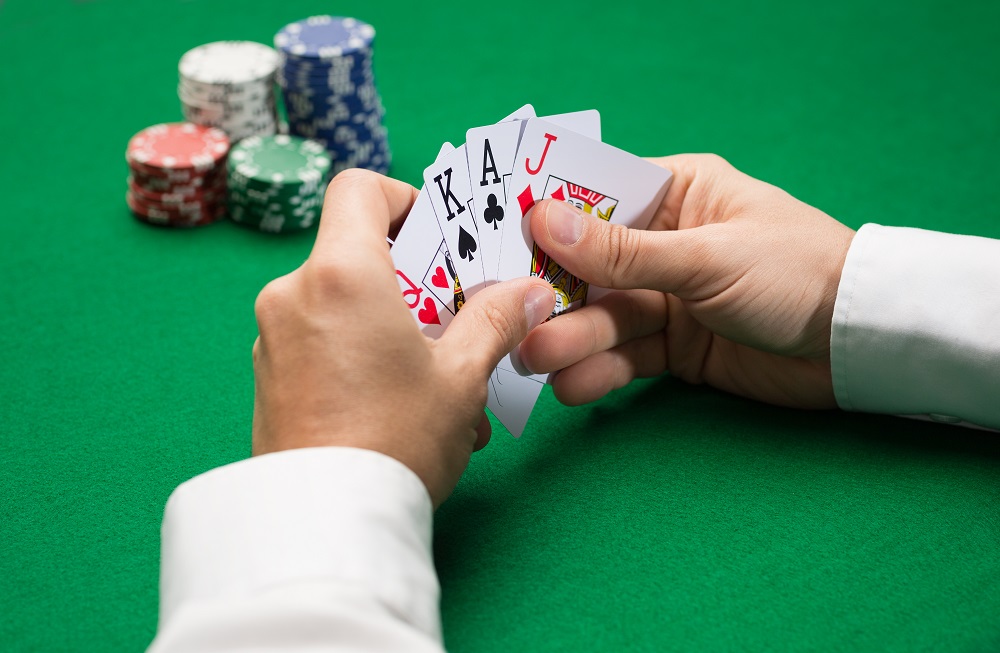 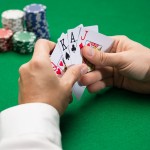 When it comes to being in business for yourself, you’ve got to know when to hold ’em, know when to fold ’em, as that great philosopher Kenny Rogers once said in The Gambler. And by holding and folding, I mean the things that you do that make up your list of products and services.

Over the last few months we’ve been watching in (morbid) fascination as Woolworths has struggled with its Masters chain of hardware stores. They’ve invested an absolute fortune in an attempt to establish the brand as a viable alternative to Bunnings, but a few weeks ago, the board finally declared defeat, putting the chain up for sale.

There are lessons in this for businesses of all sizes, and I’m not the only to have recognised over the years that it was time to fold ’em, rather than hold ’em. But the important thing is to make the decision, before the decision is made for you!

Ironically, what I’m doing now business-wise is incredibly limited compared with what I tried to do when I first leased office space eight years ago. In those early, heady days of being the new business on the block people would say to us, ‘What do you do?’ and we’d reply, ‘Almost anything you want that involves a computer. We can type your letters, or do your bookkeeping, or build you a website …’ until their eyes glazed over and they had to stifle a yawn …

Fast forward eight years and we are more successful now, have less trouble finding qualified leads and clients, and enjoy our work a whole lot more. Why? Because now when people ask us what we do, we simply say, ‘We help Australian writers self publish their books’.

While it is contrary to everything the new business person might think, being too diverse makes it too hard for people to understand what you do, and being able to encapsulate what you do is so important. Once a prospect gets their head around what you do, then they might start asking questions. But if they can’t process what you’ve just told them, they’re going to wriggle out of the conversation before you can even get it started!

If you’re thinking of branching out into new areas, think about how you’re going to explain that to others. Will it fit with your current business? Diversification is fine, but don’t be afraid to face the thought that you may also need to de-versify. (Is that a word? Does it matter? It says what I need and language is evolving all the time!)

So just to help you be brave about where you might need to fold ’em, here is a potted history of the hands I’ve dealt, folded held in my business over the last ten years:

2007: Leased an office in the local village. Offered proofreading, editing, typing, Dictaphone transcription, computer lessons, bookkeeping, tax returns (having been an accountant there were ways I could offer these services with the backing of a local tax accountant), printing for locals, scanning, laminating, binding, emailing, graphic design, websites, data entry, spreadsheet creation, phone answering, resume preparation … and anything else we were asked for and could do …

2010: Added a quarterly writing competition in the form of narrator MAGAZINE

2011: Added ebook publishing and print on demand publishing via Amazon

2014: Converted all narrator sites to one, all-inclusive, narratorINTERNATIONAL

2008: Passed on the tax returns to the accountant who was sharing my office.

2011: Stopped offering bookkeeping services due to the difficulty in signing up profitable clients.

2012: By 2012 I had realised that narrator MAGAZINE was not going to pay for itself. The only way to keep it going was to get some crowdfunding to help support it. Yet, despite all the people who wanted it to keep going, we were unable to raise the funds we needed. I resolved to close it down. Within 24 hours of finally ‘letting go’ in my mind, the idea for continuing the writing competition as an online daily blog with a six monthly print on demand book in the form of narratorAUSTRALIA came to mind. One door closes, another door opens. Or, you shut one door then open another with a slightly different sign on it!

2013: Printing, laminating, binding, scanning, emailing etc. After a three-week internet outage (thank you, Telstra!), I was forced to look closely at my figures when I decided to claim for losses incurred. One of the things I realised was that despite the amount of revenue we were bringing in with printing etc, the actual net profit wasn’t enough to cover our time at the hourly rate we were charging for services such as proofreading and websites. It was hard making the decision to withdraw these services as many of the locals had come to rely on them – a quick scan here, a quick photocopy, etc – but when I realised how little we were making, there was no choice – it all had to go.

2015: Although narratorINTERNATIONAL was slowly attracting more people from across the globe, its popularity wasn’t being reflected in sales of the book or ebook. During an out-of-the-blue ‘A-ha’ moment in July 2015, when I was thinking about something else, I realised that the narrator project as a whole had to go. I hated doing it, but the moment the decision was made I felt so much better.

2015: December. Withdrew from our leased office space and set up home offices in our individual homes.

2016: For many years we have had an online shop – The MoshShop – in one way or another. For a while it was a CubeCart shop, and then it was an Ecwid shop, and more recently we’ve had a WordPress WooCommerce shop. Nothing wrong with any of them, but online retail is not what we do, it’s always just something we’ve done to offer our authors’ books to the Australian public. But again, during an ‘A-ha’ moment in early February after reading an article about Booktopia being up against it with the impending opening of a Book Depository distribution centre in Melbourne, I figured, ‘Why are we bothering? Let the big boys slug it out.’ Yes, we sold the odd book, but when I looked closely, the money we made on it wasn’t enough to cover the cost of hosting and domain name registration. Yes – our shop was doing that badly!

So where are we now? Quite simply, we offer self publishing services to Australians via our IndieMosh site, including book cover design, layout and formatting and ebook creation. Ally now runs all our website and graphic design services under her own umbrella, and we each have a couple of legacy clients for whom we provide the odd typing or other job that they’re used to getting from us.

Life has suddenly become a lot easier. Thanks Kenny, I should have listened to you a lot earlier! But thanks to the decisions I’ve made over the last few years, I can find time to listen to you now:

Art from The MoshPit